The Northern Lights – Aurora borealis – have been a source of fascination and speculation since antiquity. In many ancient civilizations they were read as a celestial sign around which countless myths, sagas and legends came to be woven. A fiery, bleeding sky was interpreted as a harbinger of war, affliction or famine. In the Enlightenment, the Northern Lights came to be perceived as an explained natural phenomenon but it was not until the early 1900s that the physics of the Aurora began to be investigated.1

Balke’s grandiose landscapes draw their inspiration from the rugged scenery of northern Norway. This he first experienced on a trip to Finnmark, an area he explored from spring through fall 1832. The journey took him from Trondheim to Vardø and Vadsø in the extreme east, via the North Cape.2 Looking back on the trip, he described the experience of northern light and weather conditions as [...] an impression that not only overhelmed me in the intoxication of the moment but was to exert a decisive influence on my entire later life [...], for in these northerly regions it is the beauties of Nature that play the leading part whereas ‘Nature’s living children’, human beings, must content themselves with a subordinate role.3 This subjective perception of nature was of central importance to Balke’s artistic development and had a formative influence on his work. Topographical accuracy and descriptive truth were not his objectives. Rather, his interest lay in eloquent single subjects – starkly exaggerated images of the uncontrollable forces of nature as they affect the lives of the population. His imagery made an important contribution to the creation of a unique ‘northern’ iconology which prevailed throughout the nineteenth century. It was eventually taken up by activists who finally pushed through the setting-up of an independent Norwegian nation state in the early 1900s (Fig. 1).4

Balke’s concentration on a small number of striking single motifs and his unprecedented, highly unconventional handling of them – using a technique that rejected academic tradition – produced powerfully dramatic images epitomizing the ‘northern’ landscape. To the modern viewer, these remarkable works clearly establish him as a pioneer of modernism.5

In the present grisaille Balke uses a white ground overlaid with thin layers of diluted black paint applied in different densities and in varying techniques. The tonal gradation of light and dark in the sky is achieved by light dabbing with a rag or sponge dipped in black paint. To depict the Aurora he lifted off the still-wet paint with a palette knife – a technique used in abstract painting. He used a similar technique to depict the reflection on the surface of the water – occasionally applying the paint with the tips of his fingers. The tenuous outlines of a mountain range in the background and a crewed rowing boat in the foreground are used to define pictorial space.

Balke’s work has been significantly re-evaluated in recent years and his artistic achievement is now widely recognized. In 2001, oil sketches he had made as a commission for the king of France, Louis-Philippe, were rediscovered in the holdings of the Louvre.6 He has been honored with a large number of publications and colloquia. Leading international museums7 have purchased his work and numerous solo exhibitions have been staged. 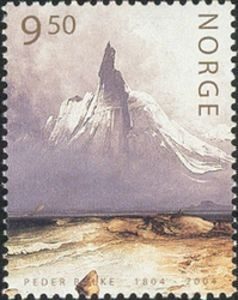 Fig. 1 The painting reproduced on the Norwegian postage stamp in 2004 is Balke’s

The first of these was staged in Scandinavia at the Northern Norway Art Museum in Tromsø. This was followed by a major exhibition at the National Gallery in London held in 2014-15 and another at the Metropolitan Museum of Art in New York8 in 2017 – the first exhibition of Balke’s work in the United States. The National Museum in Oslo houses a very large and comprehensive collection of his work.

4 In 2004, a postage stamp depicting a view of Mount Stetind, Norway’s legendary ‘national mountain’ (Fig. 1), reproducing a painting by Balke titled Fog over Stetind (1864), was issued to mark the bicentenary of Balke’s birth. Stetind was voted the National Mountain of Norway in 2002.