This pair of studies was executed on Dahl’s visit to Italy in 1820-21. The city of Naples and its surroundings provided him with a rich source of motifs. He explored the region on painting excursions with fellow artists such as Franz Ludwig Catel (1778-1856). The present two studies depict the interior of one of the many volcanic tuff grottoes that are a feature of the Naples region. Both studies were depicted on the same day – January 17, 1821. This was some three weeks before Dahl’s departure for Rome. Well aware of the short time remaining him in Naples, he noted in his diary: From today, this 9th of January onwards, I must be doubly diligent [...]. I wish to paint large studies of trees, plants, animals and human figures – to capture overview in its fullness, and practice my hand in the rendering of coloristic nuances and effects, light conditions, moonshine pieces.1 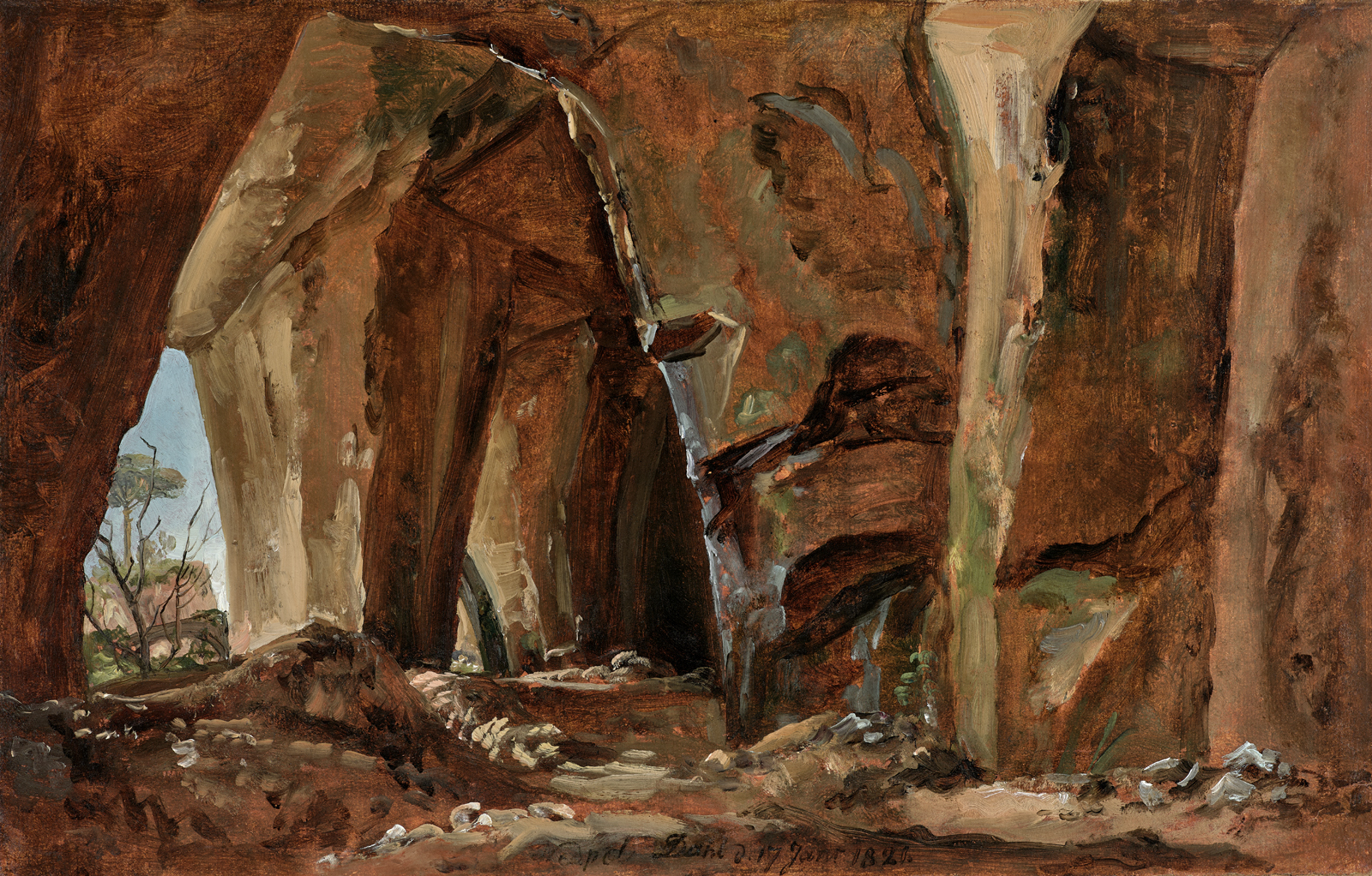 The studies Dahl made on his visit to Italy differ from his earlier studies, which are characterized by careful attention to detail. He developed new techniques that allowed him to work quickly to capture fleeting effects. The Italian studies display a looser, more spontaneous style of brushwork. Bold, transparent strokes exploit the luminosity of glaze. Coloristic effects and the fall of light are the primary focus of interest. The complex interior structure of the grotto is precisely defined.
Dahl’s year-long Italian sojourn was funded by a travel stipend from the Danish crown prince, Christian Frederik (1786-1848). This freed him from financial pressures. As Jan Drees has noted: ‘The plein-air oil studies he produced during this period are charged with a new, unprecedented energy. He quickly arrived at an astonishing degree of perfection, depicting the interplay of light and shadow, haze and cloud, waves and breakers with remarkable speed and spontaneity. The result of this is a vibrant, entirely naturalistic rendering of landscape.’2

In the two oil studies Dahl’s atmospheric depiction of the play of light and shadow on the walls of the grotto is the result of direct observation sur le motif. The unconventional viewpoint – looking from the dark interior of the grotto towards the light – evidences both his keen interest in natural phenomena and his extraordinary painterly versatility. In both studies tiny segments of distant landscape are glimpsed at the left. The modeling of the rock formations in a spectrum of blacks, browns and ochre is masterly.