Sur les Bords de l’Aumance - On the Banks of the Aumance River, 1874

Henri Harpignies stopped in Hérisson, a historic town on the Aumance River, in September 1869 while visiting the northern Auvergne. Charmed by the town’s wealth of picturesque features, he decided to spend the summers there. He was to return annually until 1879. Over time, the group of young landscape painters that formed around him came to be known as the ‘Ecole d'Herisson’.

The present landscape study is dated 1874. It was almost certainly executed en plein air on the banks of the Aumance River near Hérisson. The eye is led beyond the slender trunks of trees bordering the near bank towards dark peaks rising behind a lush, autumnal backdrop of densely grouped trees and bushes on the opposite bank. The copper tinge of the vegetation is mirrored in the calm water and a warm autumnal glow infuses the landscape. Harpignies’ depiction of the reflection is masterly. The dark hills and the reddish-gold autumn foliage appear on the surface of the water like a symmetrical double image.

This oil study served as the basis for a large-format painting titled La Vallée de l’Aumance1 (Fig. 1) which was exhibited at the Paris Salon in 1875. A further study of the subject executed in a more horizontal format is now in the collection of the Metropolitan Museum of Art in New York.2 It, too, was painted directly before the motif. 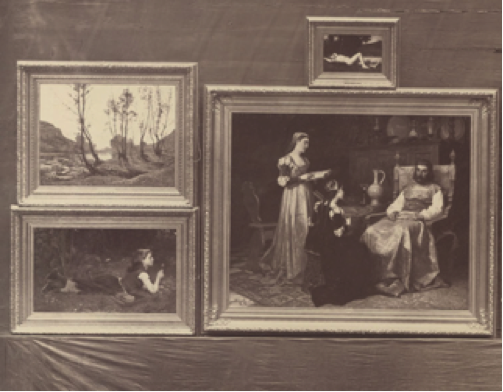 Fig. 1 A section of the 1875 Paris Salon, at the upper left the final version of the present motif.

Harpignies’3 long life outlasted many of the major movements in nineteenth-century painting. As he embarked on his artistic career the painters of the Barbizon school were emerging to challenge the traditional view of the landscape genre, to which they attached unprecedented importance, calling for it to be elevated to the same status as history painting. Later, Harpignies witnessed the arrival of the Realist movement and the rise of both Impressionism and Post-Impressionism. His love for Rome and the surrounding landscape, coupled with his fondness for the classical landscape tradition, dominated his entire oeuvre. His approach to landscape thus has its roots in the early nineteenth-century and his work, in its sure draftsmanship, clear palette and compositional harmony, is particularly close to his mentor and friend Corot (1796-1875).

Harpignies studied under Jean Archard (1807-84). He visited Rome for the first time in 1850, staying at the Villa Medici, and went on to develop a special interest in the landscapes of the Campagna Romana. On his visits to Naples, landscape subjects were also his priority. He chose the majority of his motifs from the surrounding countryside and also produced a number of views of Vesuvius. He was particularly drawn to Capri, where he worked for six months. On his return to Paris in 1853 it was a Vue de Capri that marked his successful début at the Paris Salon.

A second visit to Italy in 1863-5 saw him embark on a period of intensive engagement with Corot’s approach to landscape painting. In 1866, the painting Le Soir, souvenir de la campagne de Rome [Evening in the Campagna Romana] – acquired by the French state and now in the Musée d’Orsay in Paris - brought him his first major success and secured him lasting official recognition.