The Roman Forum and the distant Palazzo Senatorio, 1819

Provenance:
Private collection, Dorset (purchased in a London sale in the 1950s)

In the autumn of 1805 the landscapist Gaspare Gabrielli was invited to leave Rome for Ireland by Valentine Brown Lawless, 2nd Baron Cloncurry (1773-1853). Gabrielli was commissioned to execute a fresco cycle at Lyon House, Cloncurry's country seat in County Kildare. He was to spend the following two years at Lyon. Cloncurry, an active supporter of the Irish independence movement, was a noted connoisseur and avid art collector. He had arrived in Italy in 1803 and was very active in purchasing antiquities, paintings and artefacts for his collections.[1]

On completion of the Lyon commission, Gabrielli moved to Dublin with his wife, a maid to Lady Cloncurry. He enjoyed rapid success and forged strong contacts in Irish artistic circles. Between 1809 and 1814 he was to show over sixty works in exhibitions staged by various artists' societies in Ireland. He was elected president of the Society of Artists of Ireland in 1811 and regularly sent landscape paintings to London for the Royal Academy exhibitions.

Gabrielli moved back to Rome with his wife and son in 1816 and took rooms on the Via Sistina. He acquired a teaching post and became a member of the Accademia di San Luca in the following year. He nurtured the contacts he had made in Ireland and his studio developed into an attraction for Irish and English travellers on the Grand Tour. Commissions for landscapes and views of Rome flooded in. The year 1819 probably saw him at the peak of his career and the height of his artistic powers. It was also the year in which the present two paintings were executed. In JMW Turner's List of Contemporary Landscape Artists Working in Rome 1819 Gabrielli features alongside Franz Ludwig Catel, Joseph Anton Koch and Achille Etna Michallon.[2] In 1819 he was appointed agent to William Spencer Cavendish, 6th Duke of Devonshire (1790-1858). It was Gabrielli who introduced Cavendish to Schadow, Thorvaldsen and Canova.[3] Cavendish's stepmother, Elizabeth, Duchess of Devonshire (1759-1824), commissioned a luxury edition of Virgil's Aeneid. The book was published in London in 1819/1821 and includes plates engraved by Wilhelm Friedrich Gmelin after landscapes by Gabrielli. One of the plates is a View of the Roman Forum showing the Palazzo Senatorio in the background.[4] A large-format version of the same subject in oil - very probably commissioned by the Duchess[5] - is today in the collection of the Duke of Devonshire at Chatsworth.

The present two paintings depicting the Roman Forum and the Colosseum have only recently come to light in an English private collection. They were almost certainly acquired in Rome by a wealthy Irish or English grand tourist as mementos of the Grand Tour. Gabrielli's handling of the atmospheric qualities of light and his depiction of architectural detail are masterly. Both paintings have a dual function: they evidence his virtuosity as a painter and his patrons' desire for visual aide-memoires to keep alive their memories of Italy's cultural heritage.

In the painting titled View of the Roman Forum and the distant Palazzo Senatorio Gabrielli has chosen a viewpoint in front of the Arch of Titus overlooking the Roman Forum towards the Capitol. In the distance the rear facade of the Palazzo Senatorio stretches across the centre of the image. The Palazzo was built in the sixteenth century on the foundations of the Tabularium, the records office of ancient Rome. The ruins of the temples of Saturn and Vespasian, the Column of Phocas and the Arch of Septimius Severus can be glimpsed on the distant slope of the Capitoline Hill. The three remaining columns of the Temple of Castor and Pollux dominate the composition at the left. Delicately fluted, they are crowned by Corinthian capitals. They were half-buried until excavation work, begun under Giuseppe Valadier in 1810, exposed them in 1813. Views of the Roman Forum before excavation, its ruins still buried under debris, had been popular in the seventeenth and eighteenth centuries. However, the appearance of the site began to change radically from 1802 onwards, when first attempts at clearance were made and systematic archaeological excavation began under Valadier and Carlo Fea. In his depiction of the Forum, Gabrielli documents the site exactly as he saw it, giving a very precise and detailed account of work in progress. Armed guards are present because the heavy labour, including the removal of excavation debris, is being carried out by convicts, their fettered legs depicted by Gabrielli in meticulous detail (Fig. 1). This unusual measure was introduced under Napoleonic rule with the aim of rapidly completing excavation work in readiness for the Holy Year of 1825.[6] 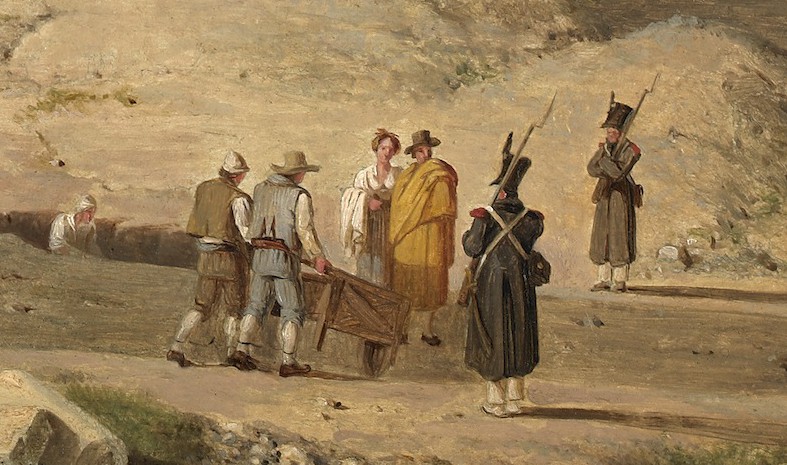 Fig. 1 A detail of The Roman Forum and the distant Palazzo Senatorio

Gabrielli's depiction of The Arch of Constantine and the Colosseum, seen from the Palatine Hill has a crystal-clear, almost tangible quality. Both structures stand embedded in the more distant panorama of the city of Rome. Hills are glimpsed to the right. At the left are the Romanesque bell tower and twin domes of Santa Maria Maggiore. Two Franciscan monks from the nearby Monastery of San Bonaventura al Palatino[7] are shown in deep conversation on a terrace. The terrace is located on the north-east flank of the Palatine Hill and dates back to antiquity. It has been known as the 'Vigna Barberini'[8] - the Barberini vineyard - since the seventeenth century. The Barberinis, a family of influential aristocrats, were once owners of the land. The Vigna Barberini was closed to the public throughout the twentieth century but in 2009 the terrace was opened to allow visitors access to this spectacular, little-known view of the Colosseum and the city of Rome.

[1] Cloncurry's name appears in another historical footnote as the man who brought an action for 'criminal conversation' against Sir John Bennett Piers, 6th Baronet, of Tristernagh Abbey in 1807. It was established that Piers had seduced Cloncurry's sixteen-year-old wife as part of a wager. Cloncurry's action was successful and he was awarded £20,000 in damages. His witness was Gabrielli, who had observed the couple in flagrante while working, high up on a ladder, on a mural in the same room.

[7] On the north and south sides of the Vigna Barberini are two churches which are not visible from Gabrielli's viewpoint. On the north side is the small church of San Sebastiano, erected on the site - according to legend - of the martyrdom of St. Sebastian. On the south side is the Franciscan church of San Bonaventura commissioned by Cardinal Francesco Barberini in 1625, at the same time as the Monastery of San Bonaventura.

[8] Archaeological excavations were carried out in the Vigna Barberini in the nineteenth century. They revealed the site of the Baths and Temple of Elagabalus (Roman Emperor 218-222 AD). See Soprintendeza Speciale per i Beni Archeologici di Roma: <http://archeoroma.beniculturali.it/foro-romano-palatino/vigna-barberini>, (accessed 04.09.2014).