The rapid rise of an affluent business elite and the iconophobia of the Reformation fuelled a boom in portrait painting in the Netherlands in the seventeenth century. A patrician class known as the regenten emerged from the influential families that produced the new elite. To emphasize their social standing they had themselves portrayed both individually and in groups. A group portrait gave the sitter an opportunity to be portrayed in such a way as to reflect his rank in society. A portrait of an individual could of course serve a representational purpose but was often commissioned to commemorate someone who had died, or to mark a birth, marriage or engagement. Occasionally a portrait of an individual would mark an arranged marriage in the dynastic tradition where an exchange of portraits would take place between families to prepare the ground for a marriage.[1] It is reasonable to assume that the present portrait was executed for a similar purpose. For one thing, the format is small – customarily a pendant in similar format would be painted for the future partner, allowing both parties to become acquainted on a private level in a private setting. The choice of an expensive copper plate for the present portrait can almost certainly be interpreted as an expression of the regent’s high regard for his future wife. 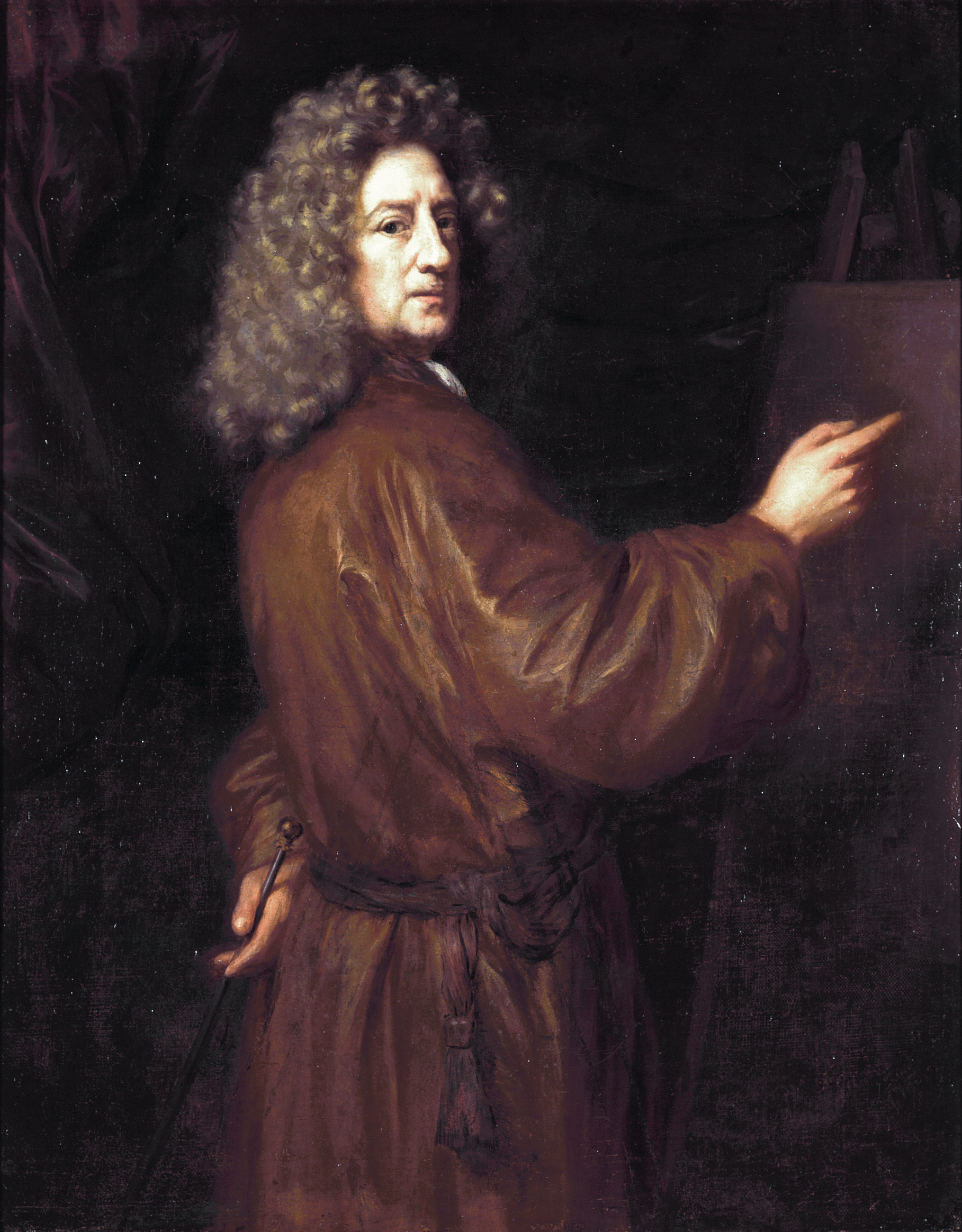 The regent depicted in this painting sat for Maes in the late 1670s.[2] He is clothed in rich, black satin robes with a white tassel collar and a fashionable curled wig. This sober style of dress was very probably considered old-fashioned even at the time – contemporary fashion favoured more colourful dress. However, dark clothing was perceived to represent wealth, sobriety and reliability. The sitter is likely to have considered this better suited to his purpose. The oval shape of the painting probably references the shape of amulets. These were customarily exchanged between lovers – a practice first popularized during the Renaissance.

Nicolaes Maes was one of the most successful portraitists of his time. The son of a prosperous Dordrecht merchant, he was given the exceptional opportunity to train under Rembrandt. This training took place in Amsterdam between 1648/50 and 1653. He returned to Dordrecht to set up as a painter in December 1653. At the beginning of his career he was highly successful in selling genre and history paintings executed in the style of Rembrandt. However, demand for Rembrandtesque paintings began to wane around 1660 and Maes decided to specialize in portraiture. He worked in the genre to the end of his career.[3] Adopting portraiture proved a shrewd business move. He changed his work to reflect the increasingly popular Flemish style of portraiture developed by van Dyck. He had in fact studied the new style in Antwerp, probably in the years 1665-7. This new style was fashionable and compared with his earlier Rembrandtesque paintings it was characterized by greater brilliance of light, smoother textures and more clearly delineated contours. He decided to leave Dordrecht and settle in Amsterdam in 1673. This was to take advantage of the diminishing number of portraitists in the city. By then, many Amsterdam portraitists had moved away or died or were too old to work. In Amsterdam, he rapidly advanced to become the city’s most sought-after artist.[4]

Dr. Leon Krempel has confirmed the authenticity of the painting.