View of Ponte Nomentano in the Roman Campagna, 1861

By the nineteenth century exploring Rome’s environs had become as much part of a traveler’s experience as the city’s architecture and monuments. Ponte Nomentano, an ancient bridge, which spans the River Aniene approximately three miles northeast of the city walls, was rebuilt by the Byzantine general Narses. A medieval watchtower was added later. This picturesque construction punctuates an otherwise nearly empty landscape. It became an attractive motif for open-air landscape painters.[1]

Working en plein air was very popular among landscape painters in Italy during the nineteenth century. Oil sketches by pioneering artists like Pierre-Henri de Valenciennes and Jean Baptiste Camille Corot inspired painters to leave their studios to capture their subjects in oil instead of executing traditional pencil sketches. Friedrich Preller the Younger’s View of Ponte Nomentano contains all typical elements of a work that is executed outdoors. Forced by the continuously changing atmospheric conditions Preller had to paint fast. He was using swift brushstrokes to capture the beauty of the moment. In doing so he could not afford wasting time on working out details. At the lower left of the composition Preller inscribed when and where he had made this study. The work is painted on canvas, a light and practical medium to bring on an excursion. The canvas contains pinholes at its four corners showing that Preller fixed it on a board while painting it.

Many painters chose to display Ponte Nomentano embedded in the Roman Campagna (Fig. 1). In this view the talented twenty-three-yea-old Friedrich Preller the Younger laid his focus on Ponte Nomentano, creating a composition that harmoniously balances nature and architecture. The selected low perspective makes the bridge literally tower above the horizon and its natural surroundings. The typical Italian bright sunlight causes strong shadows on the ancient landmark, enhancing its characteristic architectonical elements in a theatrical way. The shape of the building is mirrored in the streaming water below. 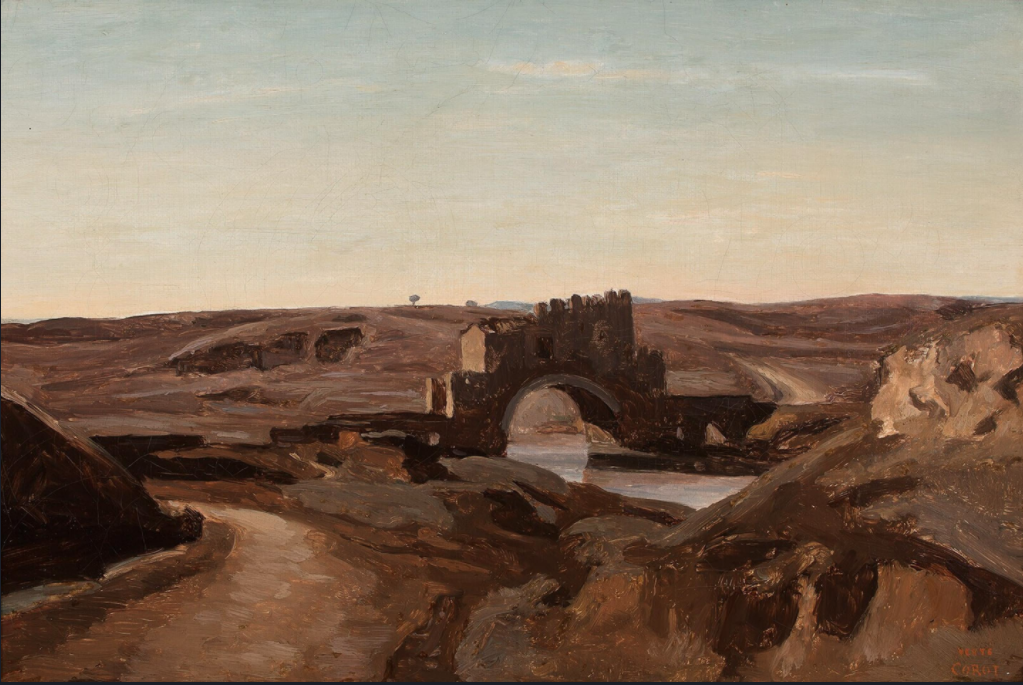 Friedrich Preller was named after his father, the painter Friedrich Preller the Elder. Only thirteen years old Preller started his training as an artist in his father’s workshop in 1851. Preller decided very early on in his career that he wanted to become a landscape painter. He painted the present work during his first trip to Italy from 1859 to 1862. He made another journey to Italy between 1864 and 1866. A year later he settled in Dresden where in 1880 he became professor at the Dresden Academy of Fine Arts. He continued to travel extensively, taking study trips to the island of Rügen, Greece and Italy. Most of his larger works were destroyed during a fire caused by the bombing of Dresden in 1945. The loss included a series of murals on Greek mythology in the Semperoper and in the Albertinum.[2]