The Return of the Herd from the High Pastures (The Dachstein Mountains seen from Altaussee), 1855

This painting, executed in 1855, dates from Friedrich Gauermann's mature period. His landscapes, together with those of fellow-Austrian Ferdinand Georg Waldmüller, rank among the great achievements of early nineteenth-century Viennese painting.

As is the case with many of Gauermann's paintings, numerous preliminary drawings and oil studies are evidence of his progressive development of the motif (Figs. 1, 2 and 3). The probable date of execution can be surmised from the existence of a pencil study of the same motif bearing an autograph inscription reading: ausgeführt 1855 [executed 1855] (Fig. 1).1 That a lithograph was made by Josef Eduard Weixlgärtner (1816-73) reproducing the painting underlines its importance in Gauermann's oeuvre.

As a young man at the start of his artistic career Gauermann undertook numerous study tours near his home town of Miesenbach, exploring the local countryside on foot and making oil studies en plein-air. He selected many of his motifs with the intention of using them later as models for studio paintings. He visited Altaussee in the Salzkammergut regularly.3 One trip, made in July 1827, deserves particular mention: in Aussee two days spent [working] on oil sketches.4

That same year he was to execute a plein-air oil study that is identical to the present painting in terms of topographical elements (Fig. 3).5 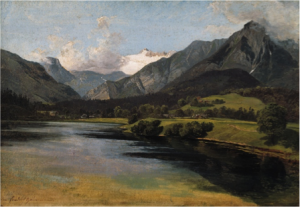 Fig. 3 Friedrich Gauermann, The Altaussee and the Dachstein Mountains, c. 1827, oil on paper, laid down on canvas

Gauermann has chosen a viewpoint on the north-west shore of the Altaussee. The spectator's eye is led across the lake in a south-easterly direction towards the high peaks of the Dachstein mountain range. A characteristic feature of Gauermann's oil studies is the very schematic handling of the foreground, while his full attention is given to the topography.

Comparison of the oil study with the present painting shows that Gauermann employed a considerable degree of artistic license in his development of the motif. In the foreground a path opens out and acts like a stage for the ceremonial return of the herd from the mountain pastures. The painting impressively demonstrates Gauermann's skills as an animal painter. The banks of cloud depicted in the plein-air oil study have swollen into dramatic, swirling formations as a thunderstorm approaches.

Gauermann grew up in Miesenbach, a village south-west of Vienna. As a boy he was taught by his father, the painter Jakob Gauermann. He trained at the Vienna Academy under the Baroque traditionalist Josef Mößmer in 1824-7. In his early career he joined Franz Steinfeld, Friedrich Loos and Ferdinand Georg Waldmüller as a member of the first generation of artists to pioneer a realistic style of landscape painting. As a student he travelled frequently to the Salzkammergut and visited Berchtesgaden and the Königsee. This area of outstanding natural beauty had been discovered a number of years earlier by the Romantic painters - in particular the Dessau-born brothers Ferdinand Olivier (1785-1841) and Friedrich Olivier (1791-1859). Here Gauermann developed, as did Steinfeld and Loos, an entirely new, ‘de-mystified' response to landscape which he was to apply in his response to the landscapes of his native countryside. To Gauermann, direct observation of nature was a lifelong priority, both as a landscapist and as an animal painter. He was very probably influenced in this direction - as an Academy student - by the paintings of Nicolaes Pietersz Berchem (1620-83), Paulus Potter (1625-54), Jacob van Ruisdael (1628/29-82) and Philips Wouwermans (1619-68) in the Imperial Collections. In his later career, to cater to contemporary taste, he introduced narrative content into his landscapes, again drawing on his deep knowledge of the Old Masters. Initially an embellishment of secondary importance, these narrative elements were increasingly to dominate the image. Hunting motifs and scenes from country life were his preferred subjects. But the direct study of nature was always his first point of departure.6